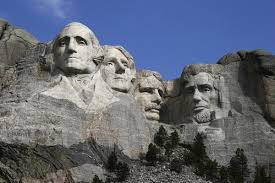 The “Claremont criticism” of Progressivism is that it replaced the natural rights understanding of the Founding and Lincoln with an historical account of the origins of government. READ MORE

Progressivism and the New Deal by John Moser, Ashland University

In the years after World War II, the University of Chicago political scientist Leo Strauss revolutionized the study of political theory by applying the technique of close analytical reading of texts by thinkers from Plato to John Locke. READ MORE

Moreno and Marini on the Administrative State by David Tucker

I’m thankful to the Peoria Project for hosting this discussion of The Bureaucrat Kings, and to David Tucker for his thoughtful critique. READ MORE

The Moral Argument Against the Administrative State by David Tucker

“What’s Wrong With Progressivism? What’s Wrong with the Claremont Criticism of Progressivism?”contends that the best argument against the administrative state is not the theoretical argument for the state of nature and natural rights, but the moral argument about the best way to live. Charles Murray’s article “The Europe Syndrome and the Challenge to American Exceptionalism”(2009) contains a short, powerful statement of that moral argument. READ MORE

Read The Liberal Century by Thomas B. Silver: