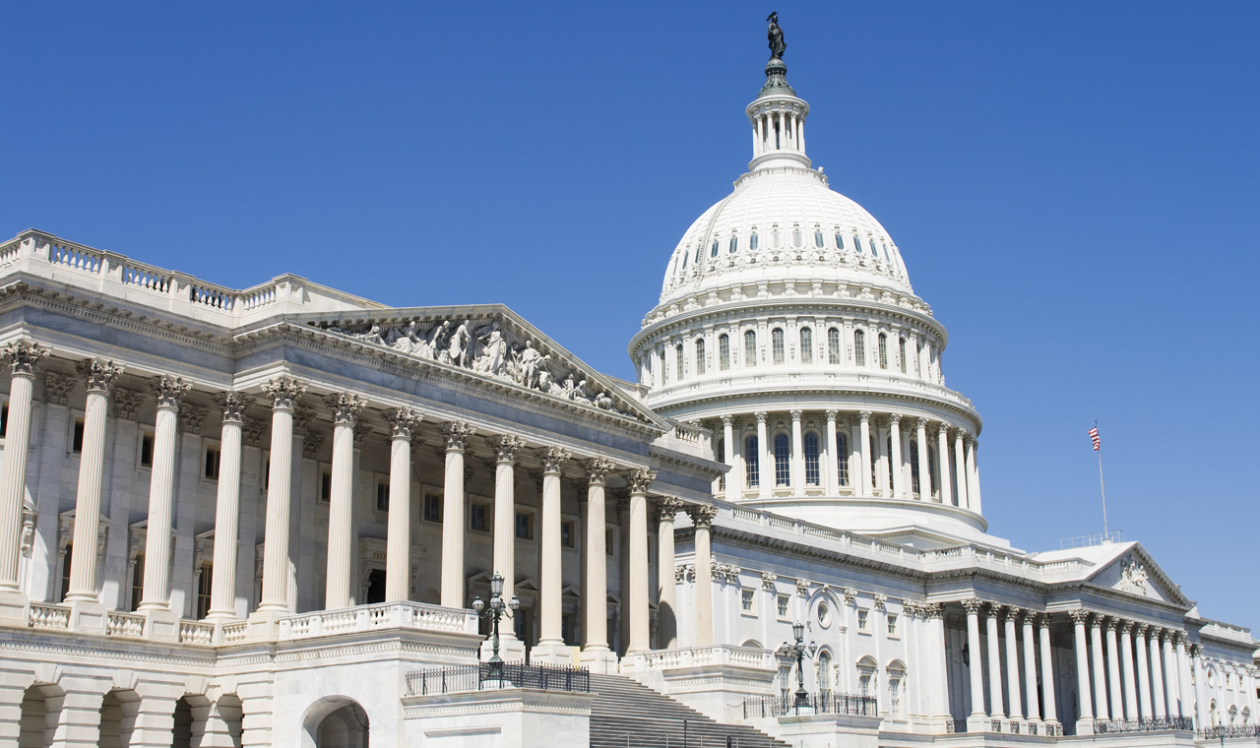 Moreno and Marini on the Administrative State by David Tucker

Paul Moreno provides the history of the administrative state; John Marini describes its theoretical foundation.[1] Is either account adequate?

Moreno’s history goes something like this. There was a constitutional order of limited government through which the people of the United States governed themselves. The constitutional order consisted of the separation of the powers of government (legislative, executive, and judicial) and the ability of each power to check the others. This order prevailed until the late nineteenth century, when foreign ideas and examples, mostly German, led astray American intellectuals and then American politicians and the people. These ideas and examples, and not or at least not primarily social, economic, and technological change, led to the administrative state, in which the powers of government – principally the legislative power – are delegated to experts who govern or rule, instead of the people. The rule of experts rests on their specialized technical knowledge but also coincided with a change in how Americans viewed government. The late nineteenth century began the transformation of the government from a rights protector to an entitlement provider.

Marini explains that the rule of experts rests on their claim to possess technical, rational knowledge embodied in the social sciences. These rational technical sciences result from the positivist philosophy of Auguste Comte. But, as Leo Strauss once wrote, “positivism necessarily transforms itself into historicism” (What is Political Philosophy, 25–26). Historicism, at least in its practical American version, is the view that progress is both good and inevitable. If one is to believe that progress is good and inevitable, however, one must first believe that “novelty, and openness to change” are good. This orientation must become “an essential feature of the modern mind.” Machiavelli, Marini tells us, created this new understanding. Machiavelli is the father of the administrative state. But Marini argues that, uniquely among modern revolutions, the American Revolution and the political order it established did not share the Machiavellian openness to novelty. The revolution did not, he writes, like its French successor, “attempt a new order that obliterated its moral, religious, and intellectual legacy.” As traditional, the American Founding stands apart from the whole chain of ideas that is the justification for the administrative state.

Both Moreno and Marini are at pains to show that the administrative state is not of native American stock but is a nasty immigrant that slipped ashore to steal America’s true work of liberty. An illegal immigrant, so to speak, the administrative state should be deported. The problem with this view is that a good deal of American history shows the administrative state to be homegrown. Moreno should consider, for example, the clear evidence that Hamilton wanted to establish in America the British system of administration that developed around the excise taxes that fueled the British military and Britain’s imperial growth. This British system was the germ of the modern administrative state. As first developed, it allowed Britain to prevail in interstate conflict, but there was no reason that it could not be used, through the will of the people, to mitigate intra-state conflict by addressing the economic and social consequences of industrialization. This is in fact what happened in Britain and eventually in the United States as conditions changed. Moreno occasionally notes some of this. For example, Congress established a steam boat inspection system, which delegated to inspectors the power to make safety rules because of the technical details involved. But he should also consider things like the pension system for Civil War veterans. When he does note examples of the administrative state before the rise of Progressivism, he remarks that they did not amount to a large modern administrative state. This is true, because the American economy was not yet large and industrial. The examples that Moreno does cite, and others he does not, could be read to prove that the administrative state was a homegrown American response to changing social and economic circumstances that developed into its current form as the complexity of the economy and modern technology increased. Moreno provides no argument for not taking this view.

Marini claims that the American revolution was traditional, that it did not “attempt a new order that obliterated its moral, religious, and intellectual legacy.” It is only possible to claim this if one ignores Thomas Jefferson and Benjamin Franklin, Madison’s “Memorial and Remonstrance,” much of the argument of the Federalist, and much else. Moreover, all of the Founders, to one degree or another, believed in progress. In varying degrees, they believed that openness to change and novelty was good. To them, the revolution itself was evidence of progress. Finally, how could the traditional moral legacy of the past, dependent on a hierarchical understanding of humans and their affairs, survive contact with the revolutionary declaration that all men are created equal? Slavery, for example, was part of the moral, religious, and intellectual legacy of the past. In rejecting it, the Founders rejected everything in that legacy that justified it. It is true that the American revolutionaries did not simply obliterate all traditional virtues. The American revolution was not the French Revolution. But it was a revolution.

There are other problems with both Moreno’s and Marini’s arguments. Both accept that administration is an inevitable part of government. At what point does this inevitable administration become the Administrative State, destructive of constitutionalism and liberty? All government, all government administration, is a constraint on freedom. How do we know when the constraint is too much? Neither Moreno nor Marini offers any way to know this. With regard to their personal behavior and their speech (despite political correctness), Americans are probably freer now than they have ever been. It is only in regard to certain kinds of economic activity that administration or regulation is burdensome. Is that burden unjust? Marini’s praise of traditional morality is an implicit argument for greater constraint on the speech and action of Americans. Are Marini and Moreno merely defending traditional economic laissez faire? If so, why is the old order that favored economic over personal liberty better than the new order that reverses this priority?

Both Marini and Moreno assert that administration necessarily frustrates self-government. They should provide an argument to support this assertion. Would it be wrong to see in the Hobby Lobby case, for example, the exercise of self-government through the administrative state? Congress mandated contraception coverage through Obamacare, but left it up to the experts to figure out what that coverage should consist of. (What else could Congress have done given the technical medical issues involved?) The experts wrote the regulations. Some Americans felt they were done an injustice by them. They went to the courts. The Supreme Court ultimately determined the outcome based on another law that Congress passed (the Religious Freedom Restoration Act, 1993). Doesn’t all this show the working of the will of the people through the separation of legislative, executive, and judicial functions? Moreno may be right that the American people have not consented to the administrative state as such (152), but they have through their representatives in Congress consented repeatedly to its benefits, as his account shows (51, 63–64, 66, 70, 72, 76, 136). If they have willed the ends, have they not also willed the means?

Finally, although Marini evokes eternal principles of justice in his criticism of the administrative state, he sometimes seems to take a procedural view of the common good, in which he identifies the common good with the functioning of the separation of powers. He writes, “the political branches could no longer understand the common good from the perspective of constitutionally established institutions” and “the defense of justice, of a common good understood in terms of the principles that established constitutional government.” Such a procedural understanding is inadequate for two reasons. First, it is likely to be unpersuasive politically. Progressivism’s motivation was not love of German theories of state, but moral concern over the consequences of industrialization. A merely procedural conception of justice seems unlikely to prevail against this continuing substantive moral concern. Moreno also does not offer a moral argument in favor of limiting the administrative state. The transition from seeing government as a rights protector to seeing it as an entitlement provider was a change in the American conception of justice. Why was that change wrong? If Moreno and Marini are to persuade opponents, rather than merely appeal to friends, they need to answer that question. Doing so would establish their claim to argue on the basis of the common good they occasionally invoke. As it is now, in declaring progressivism un-American, they are in effect claiming that progressives are un-American too. Is that a sensible political strategy? Second, identifying the common good with the procedures of constitutionalism and the will of the people seems too much like the popular sovereignty argument of Stephen Douglas. And in fact, the will of the people has repeatedly expressed approval of the administrative state’s benefits. As Lincoln argued, constitutionalism without a moral foundation may be indistinguishable from tyranny.

The hint of Douglas’s popular sovereignty argument and the lack of a moral argument against the administrative state makes one wonder if Claremont scholars are departing from the teaching of their school’s founder. (Marini calling the revolution traditional calls to mind Harry Jaffa excoriating Irving Kristol for calling it conservative.) Whatever one may think of the details of Jaffa’s recovery of Abraham Lincoln, Jaffa’s fundamental insight into Lincoln should be as compelling now as it ever was. It is not the administrative state or any other such supposed evil that poses the greatest threat to America, but the failure to honor the moral teaching of the Declaration and its universal meaning.